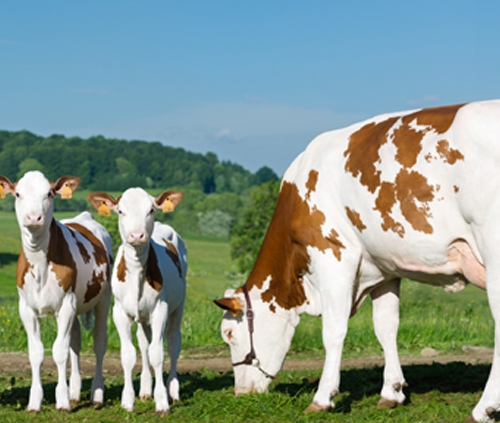 The Montbéliarde is a breed of red pied dairy cattle from the area of Montbéliard, in eastern France. It is used mainly for dairying and particularly for cheese making.
The animals are red pied with white heads and short horns, and of dairy type. Mature cows weigh 600 to 700 kg and stand about 145 cm tall at the withers, and mature bulls weigh 900 to 1,200 kg. The milk is particularly well suited to cheese making because of a high frequency of kappa casein BB variants, giving higher yields of cheese. Being of less extreme dairy type than modern Holsteins, the cows have lower milk yields, but better longevity and fertility and lower cell counts in the milk, indicating lower mastitis incidence.
Montbéliarde cattle are mainly a dairy breed, but have better beef characteristics than Holstein cattle. Nearly 400,000 milk recorded Montbéliarde cows are in France with an average adult lactation of 7,486 liters at 3.9% butterfat and 3.45% protein. The milk protein is of a type well suited to cheese making, and some herds are fed a hay-based diet to produce milk specifically for this purpose. Cull cows and bull calves are worth more than Holsteins. The breed has spread to many countries and is becoming popular for crossing with Holsteins to give improved longevity and fertility. 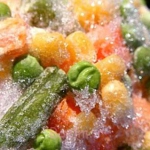 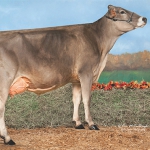