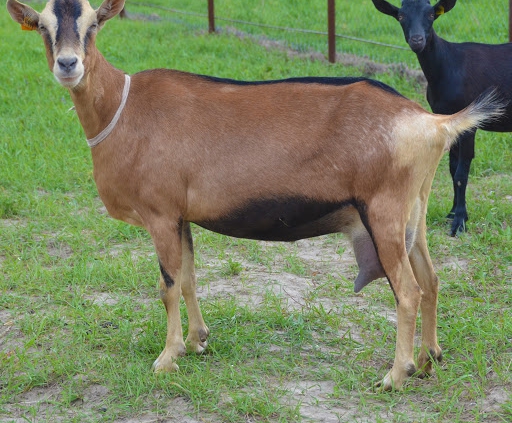 Origin and location
The Alpine breed is reared in all the areas of France where goats are usually to be found. It is particularly widespread in the middle valley of the Loire and its tributaries, in the valleys of the Saône and the Rhône and in the Poitou-Charentes region. In Savoy, the birthplace of the breed, there is still considerable activity in the breed. The Alpine is today the most widely used breed in France with 55% of the females in the Milk Recording.

The Alpine goat is medium sized and produces large quantities of milk. It is hardy and adapts perfectly to indoor systems, or to being at pasture or in mountain conditions.
Its coat is short, and the fawn-colored animal is the most widespread. Strains with many colors can also be found.
The chest is deep, the pelvis wide and straight. The limbs are strong and the lean joints give good legs. The udder is voluminous, well attached at the front and at the rear, and retracts well after milking. The teats, which stand out from the udder, are directed forwards and are approximately parallel.

Since the 1970s, the French Alpine goat have been selected within the framework of a collective scheme for the improvement of milking qualities. With a recorded foundation stock of more than 165,000 goats, of which 40,000 are artificially inseminated, the French Alpine has performances which are vastly superior to similar varieties used in other countries of the world. 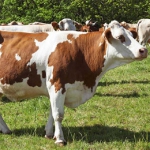 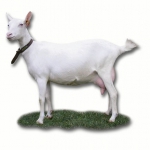